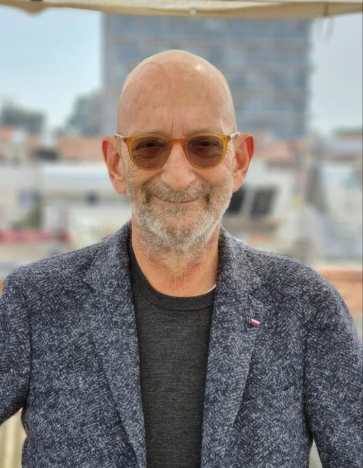 Udi Ronen was appointed as Chairman of the board of directors of the Comperio group in January 2021.

As a veteran in the security and authentication industry, Mr. Ronen’s experience along with many years of successful integration of various technologies with high profile key accounts is paramount to Comperio’s position within leading industries on a global scale. A visionary in nature, Mr. Ronen will continue to oversee Comperio’s path forging new alliances and international cooperation’s that began our common journey 5 years ago.

Prior to founding Comperio and being the driving force in developing its technologies and forging its initial breakthroughs in the China markets. Mr. Ronen was CEO of 3 different security startups. In early 2000, Mr. Ronen was the CEO of “Starboard technologies LTD” based in Caesarea, Israel. Starboard mainly operated in the security embossing & printing industry. Further, in mid-2000, Starboard formed a joint venture with German “Saueressig GMBH & Co. KG” named; “Saueressig security international GMBH” and Mr. Ronen was named the CEO of its operations. During that time, SSI was commissioned to build the first-ever embossing unit to be installed as module in the Heidelberg XL105 printing machinery. It was launched globally at the world’s biggest trade fair for print & paper named DRUPA, in Duesseldorf, Germany.

In 2008, Mr. Ronen founded “EMR technologies LTD” and created a joint venture with “Heidelberg Druckmaschinen AG” the company constructed, built, marketed, and sold a new security printing machine consisting of various interchangeable security modules on a conveyor belt platform named “FIDES ONE”. A part of Mr. Ronen’s journey, the transition from an analog world to a digital was a natural development.